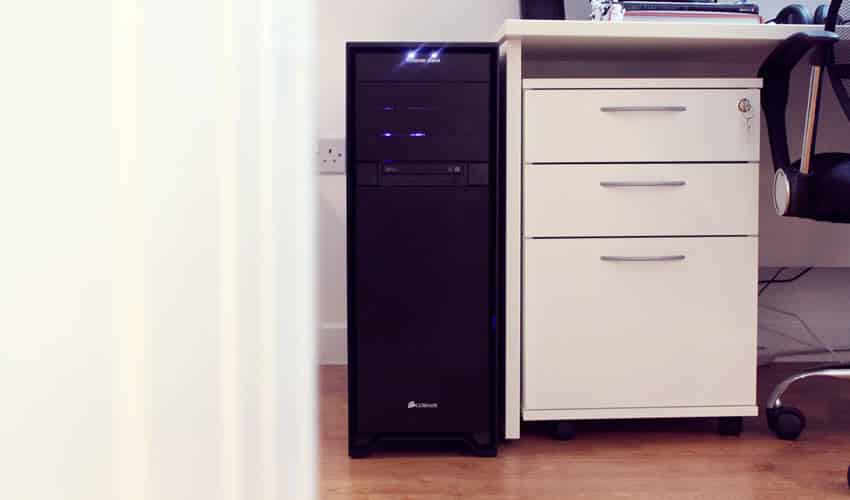 I wrote a blog post about 3 years ago about how I’d finally given up on Macs and turned to the dark side – and bought a new PC. Since then I’ve become accustomed to all of Window’s issues and appreciate some of the benefits of having both a Mac & PC in my workflow. My PC had served me well but I decided it was time to upgrade and buy a much more powerful model. Eventually, I decided to use Computer Planet, who took the time to ensure the model I was getting would meet my needs.

One hugely important reason for upgrading was to get a CUDA enabled GPU setup. My old PC had a very low-end graphics card and wasn’t compatible with any of the GPU renderers. The new rig has 2 x 980Ti’s which are both overclocked and watercooled, as you can lose up to 45% performance if they get too hot. Once I’m more familiar with Octane, she’ll run like a dream. The only downside is the Corsair Obsidian 900D case. It’s huge and doesn’t fit under my desk. Also it’s one heavy piece of kit. Getting it out of the box took two people and the thought of having to carry it up some stairs when I move house is a scary one. I guess one way to look at it is that it’s an anti-theft design – an individual would struggle to lift it up. Apart from that I’m very happy with it and can’t wait to get stuck in on some serious 3D motion graphics projects.

Below is a look at the system’s specifications: 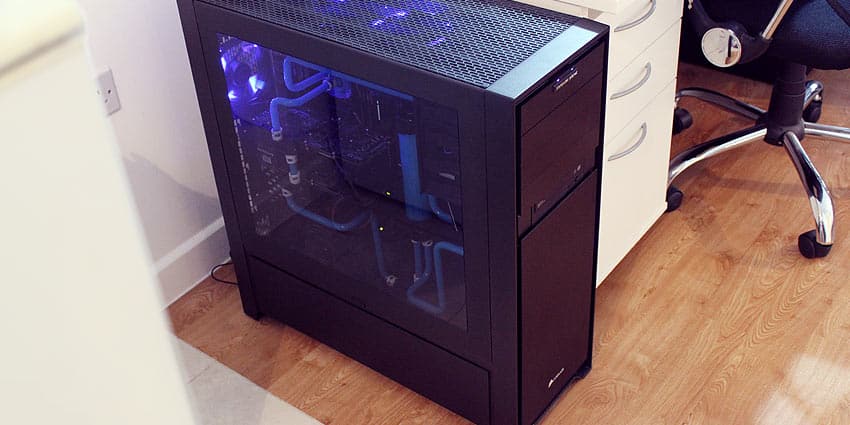 Although Cinema 4D is a great bit of software, the native render engine can be a pain. It’s fine for stylised 3D but, if you’re looking for photorealistic images, it just doesn’t cut it. I always find myself either battling long render times with lots of grain or quicker render times but with awful flickering. After doing a lot of research and talking to other 3D artists, I decided to use Octane. I’ve spent a couple of hours on it so far so it’s still early days but it’s incredibly fast compared to C4D’s Physical Renderer.

Eventually, when I win the lottery and if Octane goes to plan, I’m going to stick another couple of GPU’s in there. It’s great having a case & motherboard that can allow this. The main goal with the upgrade was to have a powerful PC that is future proof in regards to upgrades and I believe this setup ticks that box… well as much as any setup can.

I look forward to posting loads of cool tests and projects using my new PC and Octane.

PS I bought an awesome Hot Toys Stormtrooper. It’s not work related but it looks awesome in my studio.

Hey Chris, very interesting read. I plan on doing the same soon and I’m looking at getting one built now for heavy Octane and Cinema4D use like you. I was just wondering, in terms of the two cards you have, is it better to have two in there or do you think splashing out on 1 beast does the worth of 2? Costs always an issue but I suppose getting in a really powerful one will do me well in the long run. I’m not sure though, I just make things look nice, have no idea about hardware to be honest!

Hey Mark, thanks for the comment. Also great work by the way!! Personally I’d wait for when the 1080’s are compatible with Octane as opposed to pay big bucks for a single Titan X. If you’re doing pretty complex scenes however then the 12GB memory that you get with the Titan X could be pretty useful. Another alternative is to look for cheap deals on 980ti’s, I recently just bought a 3rd 980ti for just £399 (thanks to Amazon Prime Day) and can’t wait to get stuck into Octane. Here’s a really interesting video that shows just how 980ti’s have a lot of life in them yet and how some of the newer cards aren’t delivering big gains for video production despite the higher price tags https://www.youtube.com/watch?v=K-3zMMkldlE

Hey Chris, thanks for the advice and kind words. Some food for thought there definitely!